I recently participated in an email promotion for a new book launch which was interesting to do – I have plans for a similar process for my book when it gets into Amazon in a month or so. 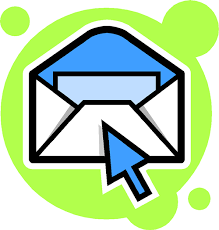 When you build lists of email addresses it is really important that you don’t add people to your list unless they’ve given permission. The fact that I’d participated in someone else’s launch along with several other people I don’t believe qualified me to be added to the lists of all the other participants, but even if it did, it would be nice for them to actually explain how and why I came to be on their list. Heavens, I’d not thought to go and add all those people to my list – perhaps I should have!

Maybe it’s old school thinking but I like people to introduce themselves before they push their wares – otherwise I’m inclined to ignore them or block them at my spam filter – which is what I nearly did with these people. What do you think?

By the way – if you’re interested in participating in my Amazon book launch, then I’d love to hear from you – you will be put on a list specifically for that purpose and given full details once I have them.