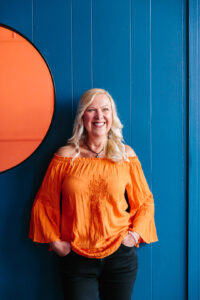 Thank you for visiting our site and coming to find out what we’re about.  Sometimes we get phone calls from women wondering if we’re real, it doesn’t read like a scam, but they just want to make sure. If that’s you, that’s ok – we understand your need for checking first.

If you wish to join our team, click here.

The blog is about being a VA or using VAs in your business. So lots of tips and information, plus personal observations from Kathie (VA Directory Founder) during her years as a Virtual Assistant. We believe it’s important to be actively involved in the industry as well as guide others in the industry.  And what is a Virtual Assistant? In essence, we are like the corporate world PAs or EAs except we operate on a virtual basis, servicing many clients rather than supporting one boss or a project team in one office.

Before the Virtual Assistant Industry Began …

The business was created as a home-based secretarial support service in 1994. Never liking to say ‘no’ to a client, there were times when Kathie was overflowing with work and sought out others who were home-based, with suitable computers, who could take on overflow work. Some of these people required training as they didn’t have all the skills required and Kathie invested her time in coaching and mentoring so that work could be carried out as efficiently and confidently as possible. This was the start of her network and as the Virtual Assistant industry developed the business changed its focus from entirely secretarial to administrative and other services, to encompass the virtual needs of all clients.

Today our membership currently expands several countries in multiple languages, however this does fluctuate.

No-one knows the exact date of the birth of the industry. We do know that Business Coach, Thomas Leonard, founder of CoachU and the ICF, called his remote assistant, his Virtual Assistant and Anastacia Brice is therefore credited with being the first called a Virtual Assistant.  A small group of women around the world, mainly the US and in Australia began providing secretarial services via the Internet from their home-based secretarial support businesses.  This was around 1995-96.  As Anastacia shared this term with others, it began to take on an identity of its own and the Virtual Assistant Industry was birthed. The first online services were http://www.homesecretary.com based in Los Angeles, USA and http://www.asecretary.com.au, based in Melbourne, Australia. Both went online in January 1996 but had been operating offline for quite sometime prior to then. The Australian based business now uses a global domain of http://www.vadirectory.net but the Australian domain is still active and points to the same site. (As an aside, my very first domain was http://www.ozemail.com.au/~kmthom and you can check this on the wayback machine archive – it does show up for 1996).

Today there are both men and women in the Virtual Assistant industry in many countries and the industry continues to grow and develop as technology also grows and develops.

You may have already noted that many claim to be the first network, or the original ‘VA’. The UK/European magazine Executary International noted this very same thing in an article about the Industry in the Spring 2000 issue. It is difficult to ascertain when things really did start but you can be sure that there were several operating home-based secretarial services around the world in the 1980’s, although very few networked, with the first online operators in the mid 1990’s, along with the first online networks. With the change in technology and shifts in what can be achieved on a computer, home-based secretaries updated their skills and service provision and became known as Virtual Assistants.

The introduction of the Internet to this service industry meant changes to the way we operated and also in the services provided. It also means that clients could be much further afield and easily serviced via email and web, as well as fax, phone, mail and courier as had been done previously. It meant that often things could be delivered more quickly and more efficiently.

Multiple articles published since 1994, including: Small Business & Home Based Income Magazine, Readers Digest (Australia), major newspapers in Australia, Executary Magazine, UK and many online publications. You can see some of them on my articles page.

History of the VA Industry as seen in Australia

Kathie’s business was registered on National Secretaries Day in March 1994.

Kathie M. Thomas pioneered the Virtual Assistant industry in Australia and established the first VA network in the southern hemisphere. Through a desire to work at home and be present for her family of 5 daughters, she registered her business in March 1994 and took it online in January 1996. Kathie has written many articles online and has been published in books and magazines.  Google will give you more links too.

Kathie M. Thomas was awarded ‘Member of the Year’, Victoria in 1993 by the Institute of Professional Secretaries (IPSA) and was runner-up for the National Title. Microsoft sponsored this award and it was because of the prize package that Kathie decided to set up a home based business – not knowing what might be in store for her.

Other sites owned by Kathie: